Floods in Bangladesh, May 2022 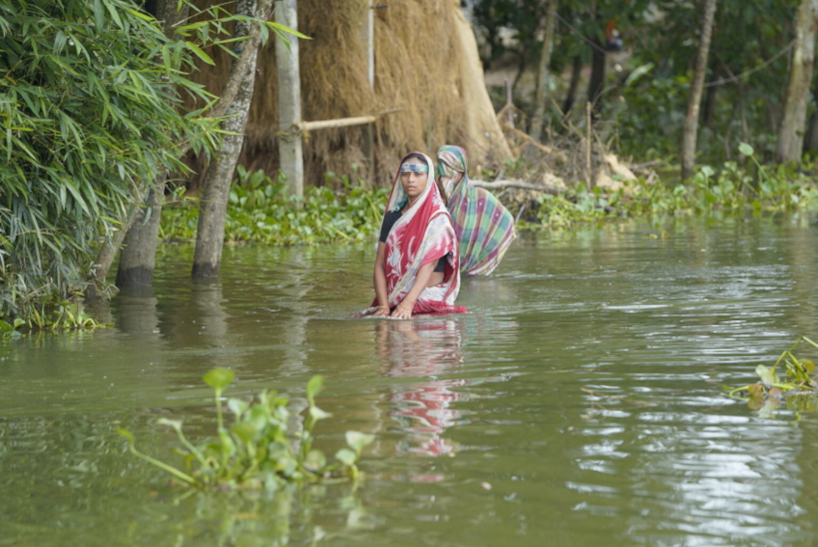 Flooding in north-eastern Bangladesh in May 2022 affected around 2 million people according to the United Nations.

Flooding affected the districts of Sylhet, Sunamganj, Maulvibazar, Netrokona and Habiganj in Sylhet Division following a prolonged period of heavy rainfall in Bangladesh and catchment areas in neighbouring India from around 09 May.  In the following days rivers including the Surma and the Kushiyara in Sylhet Division jumped above the danger mark.

At least 16 weather-related fatalities were reported in Sylhet Division during this time, including 11 who were struck by lightning whilst working in fields. One person died in a landslide triggered by the heavy rain, another drowned in flood waters and 3 died in a capsized boat. The UN also reported cases of waterborne diseases.

Agricultural land and critical infrastructure, including power stations and schools, suffered flood damage. According to a report by the United Nations International Children’s Emergency Fund (UNICEF), as many as 150,000 families in Sylhet and Sunamganj districts were left without power due to flood damage to power infrastructure. Drinking water supply was also negatively impacted with over 1,000 tube wells damaged. Humanitarian agencies have distributed safe drinking water and other supplies to over 300,000 people.

Flooding damaged homes and 7,439 people moved to 95 safe shelters. Damage to school buildings and access roads disrupted education. Over 750 educational institutions were closed due to flooding in Sylhet and Sunamganj districts.

Heavy rain took its toll in areas of eastern India during this period, with severe flooding affecting the state of Assam where 38 people died. Flash floods and landslides were also reported in the states of Nagaland, Arunachal Pradesh, Bihar and Meghalaya. 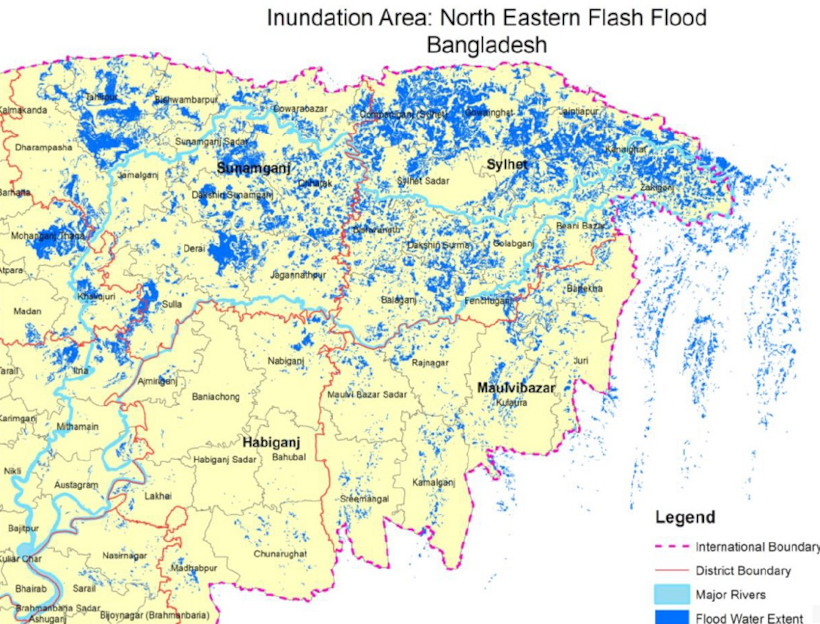 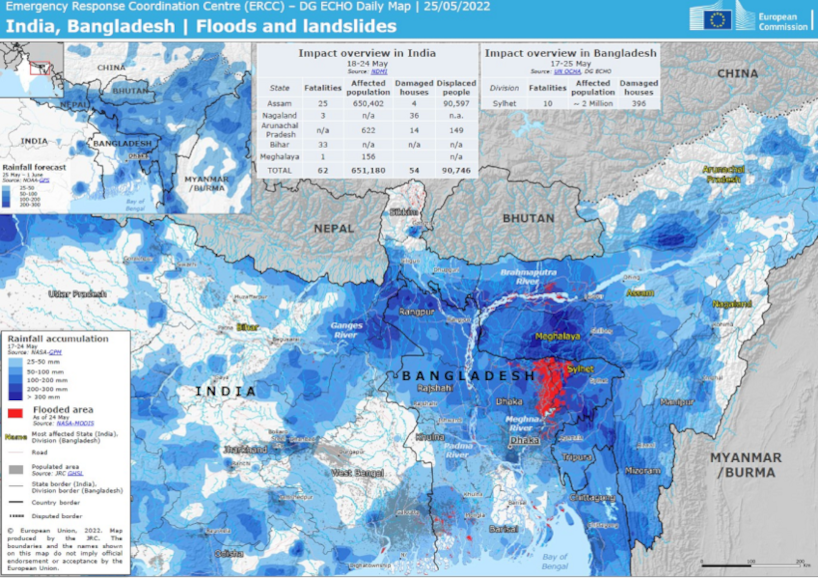