Floods in Kinshasa, Democratic Republic of the Congo, December 2022 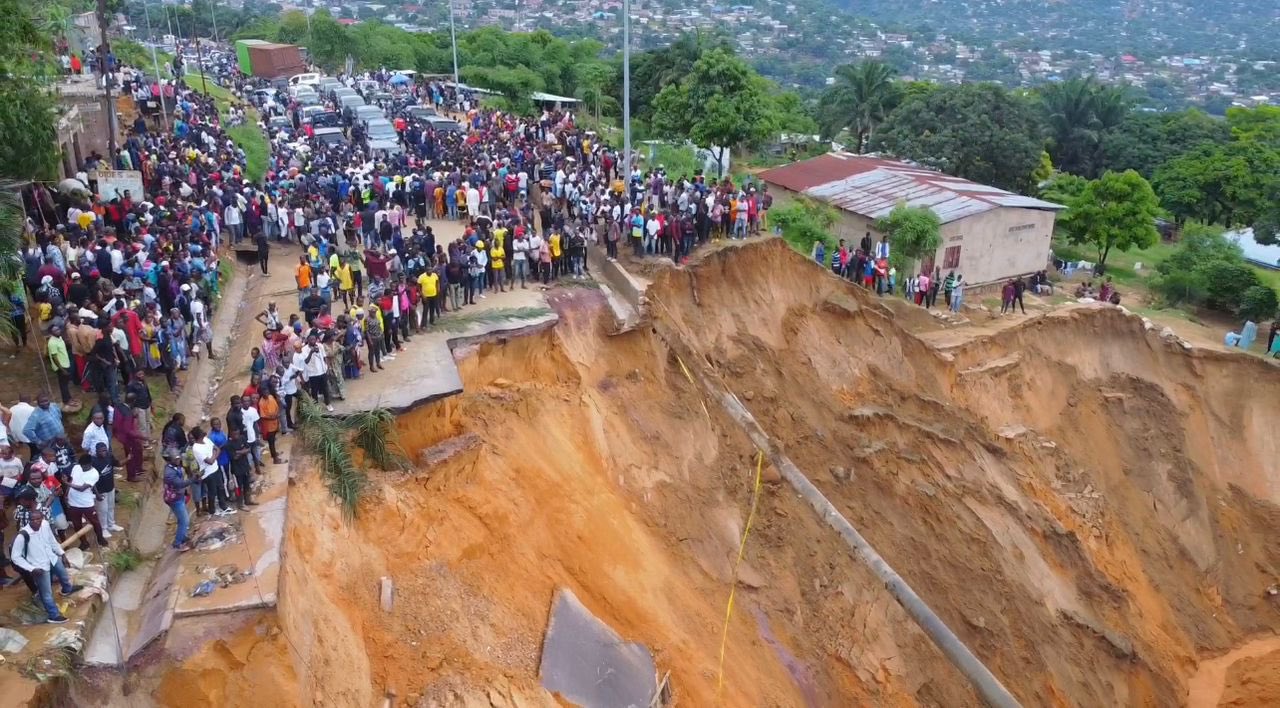 Over 160 people lost their lives after torrential rain caused widespread damages, landslides and flooding in the city of Kinshasa, the capital and largest city of the Democratic Republic of the Congo.

Heavy rain fell overnight, from 12 to 13 December 2022, causing floods, landslides and sinkholes.  Dozens of houses and buildings collapsed and vehicles were left stranded.  As of 16 December, at least 169 people had died and around 30 were injured and receiving treatment in hospital.

Following damage assessments in December, the UN reported as many as 5,000 families or homes affected, with at least 280 houses completely destroyed. The worst affected communes included Mont Ngafula, Ngaliem, Selembao, Bandalungwa and Limete.  Many of those affected were taken in by host families or found refuge in local churches.

Wide stretches of road were completely destroyed, including in Mitendi, a commune to the southwest of the city, where a sinkhole wiped out the busy N1 highway which connects Kinshasa to Matadi.

Prime Minister Jean-Michel Sama Lukonde visited some of the affected areas on 13 December. On the instructions of the President of the Republic, the Government decreed a 3-day period of national mourning.

In a statement of 13 December, the Governor of Kinshasa, Ngobila Mbaka, offered his condolences to the families of the victims and expressed sympathy with the people who have suffered. He also stressed the need to respect planning rules banning illegal construction in drainage areas and river beds and emphasised the need to keep rivers and drainage channels free of trash and debris.

The city is particularly vulnerable to landslides and flooding and has suffered similar catastrophes in the recent past, although not on the scale seen in mid-December 2022.