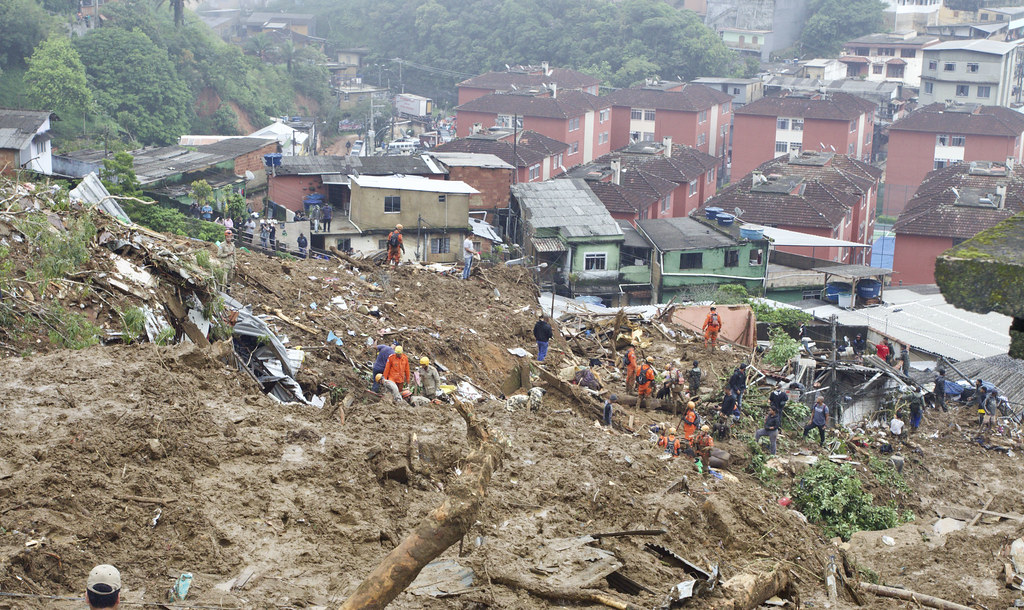 The state of Rio de Janeiro in Brazil saw devastating floods and landslides after several spates of torrential rain from late February to early April 2022.

The São Sebastião weather station in Petrópolis recorded 210 mm of rain in just 3 hours on 15 February, causing flooding and landslides which left a trail of destruction throughout the city. Civil Defence said they recorded 775 incidents of landslides and flooding. Images acquired by one of the Copernicus Sentinel-2 satellites on 17 February 2022 show dozens of landslide scars along slopes surrounding the city.

A huge search and rescue operation involving more than 1,000 personnel, excavation machinery and helicopters helped rescue victims from under the rubble of collapsed buildings. Despite the rescue efforts as many as 233 people lost their lives in the catastrophe.

Torrential rain struck again in the same region on 20 March. Petrópolis Civil Defence reported 415 mm of rain fell in São Sebastião in 10 hours, with 217.4 mm of that total falling in a 4 hour period.

Around 100 incidents of landslides and flooding were reported across the city, with roads inundated and buildings damaged or destroyed. The Military Fire Corps of the State of Rio de Janeiro reported 5 fatalities and 4 people missing.

In early April, further heavy rain affected other areas of Rio de Janeiro state, this time in the Baixada Fluminense and Costa Verde regions.The municipality of Angra dos Reis saw a record 809 mm of rain in 48 hours to 02 April 2022.Mesquita, situated north of the city of Rio de Janeiro, recorded 266 mm of rain in 6 hours on 02 April.

Landslides and flooding were reported in several municipalities, in particular Angra dos Reis and Paraty. As of 04 April, Civil Defence reported 18 people had lost their lives, over 2,000 had been displaced and more than 30,000 people affected. 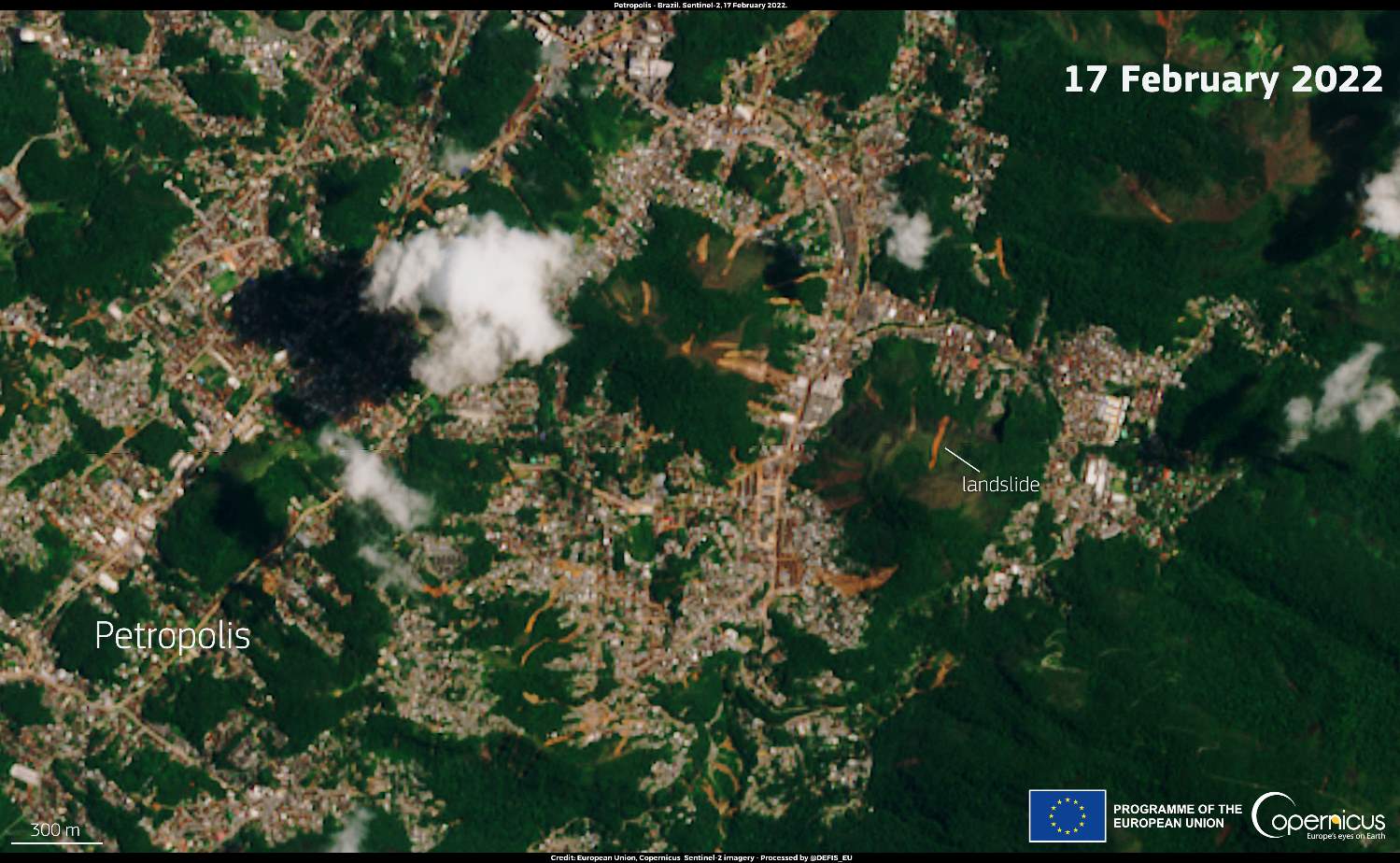