Floods in Nigeria, June to September 2022 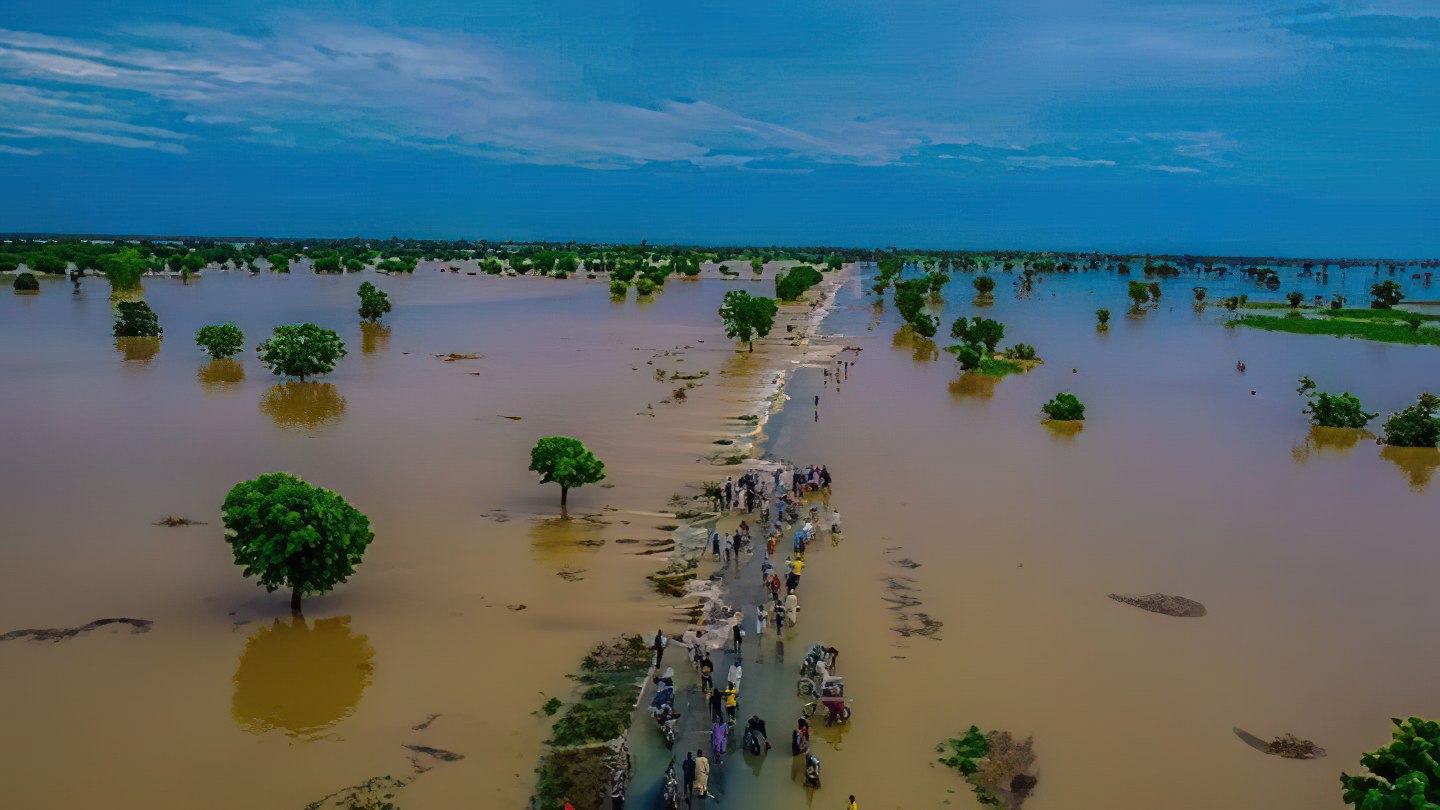 In an emergency technical meeting on the flood situation in Nigeria on 19 September 2022, the Director General of NEMA, Mustapha Ahmed, said flooding had affected 29 states including the Federal Capital Territory of Abuja since February.

He added that more than 300 people had died, 500 were injured and over 500,000 people affected. More than 100,000 were displaced and moved to temporary shelters including schools and other public buildings or with host families. The director warned that further heavy rain, swollen rivers and dam releases meant the flood situation was likely to worsen, in particular along the Niger and Benue rivers.

On 20 September 2022 NEMA reported the release of water from Kiri and Lagdo dams resulted in flooding in communities close to river banks in Benue, Taraba and Adamawa States.

Images provided by Disasters Charter showed ( link: https://disasterscharter.org/web/guest/activations/-/article/flood-large-in-nigeria-activation-777- ) flooding from the swollen Benue River in areas of Benue State including the capital Makurdi, and along the Mada River in Nasarawa State. 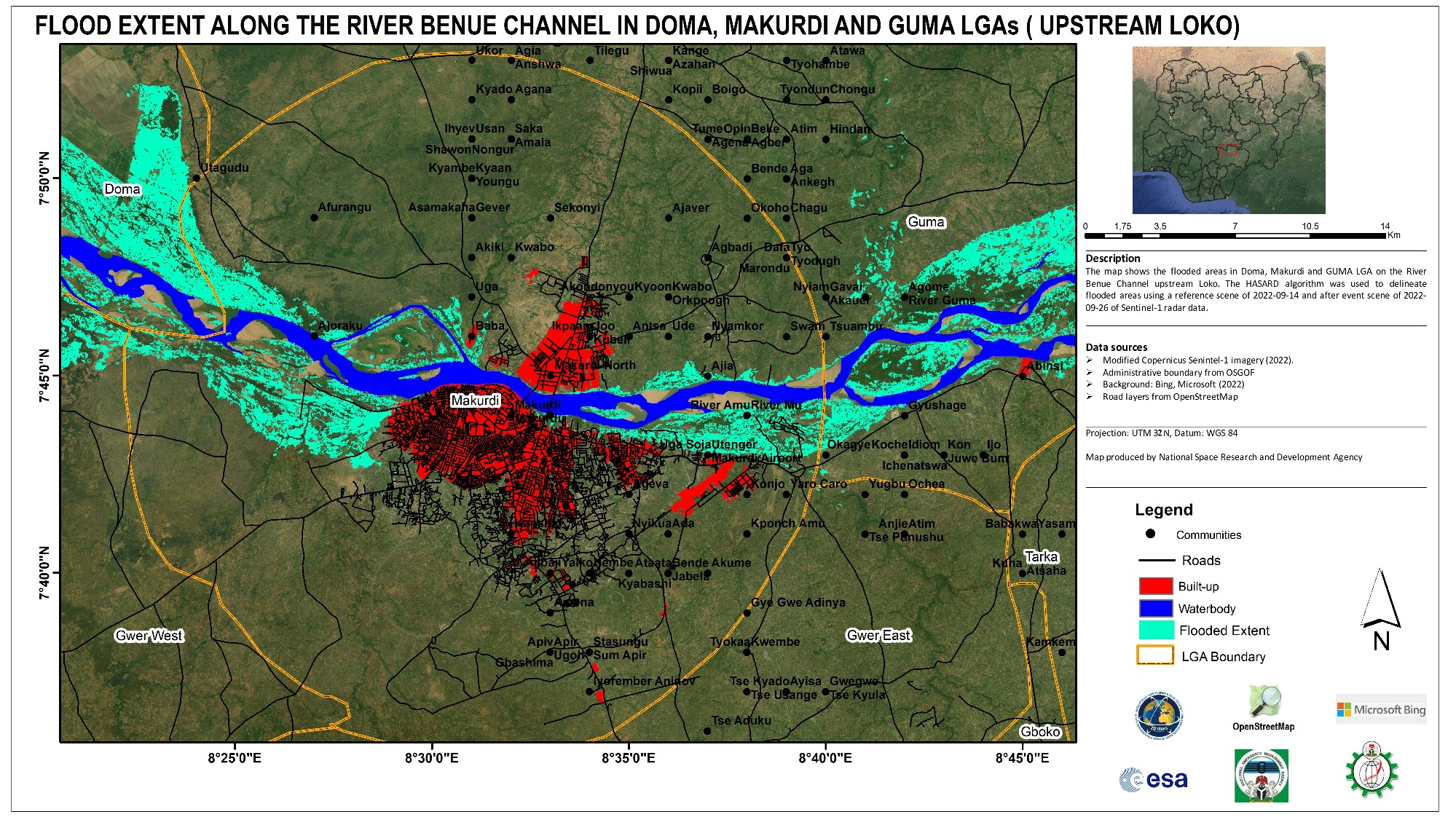 Map produced by the National Space Research and Development Agency

NEMA reported hundreds of homes were destroyed in Agatu Local Government Area (LGA) of Benue State, where nearly 3,000 residents set up temporary camps along roadsides and on higher ground.

As of 28 September, around 3,000 people were affected or displaced and one person had died in floods in Lavun LGA close to the Kaduna River in Niger State. 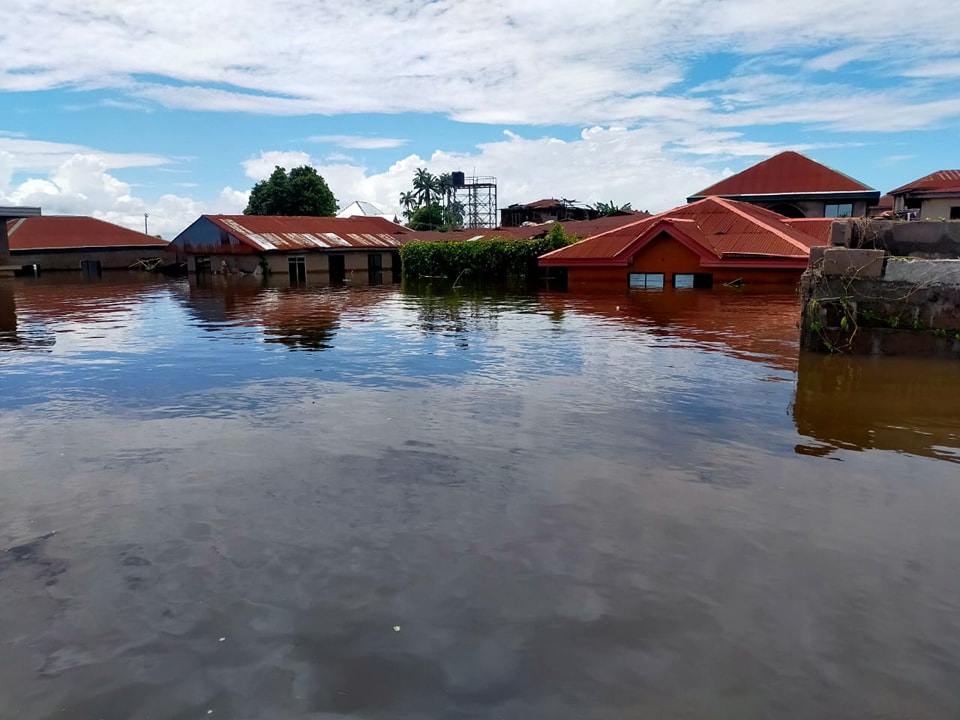 “We have a humanitarian tragedy on our hands,” the governor said.