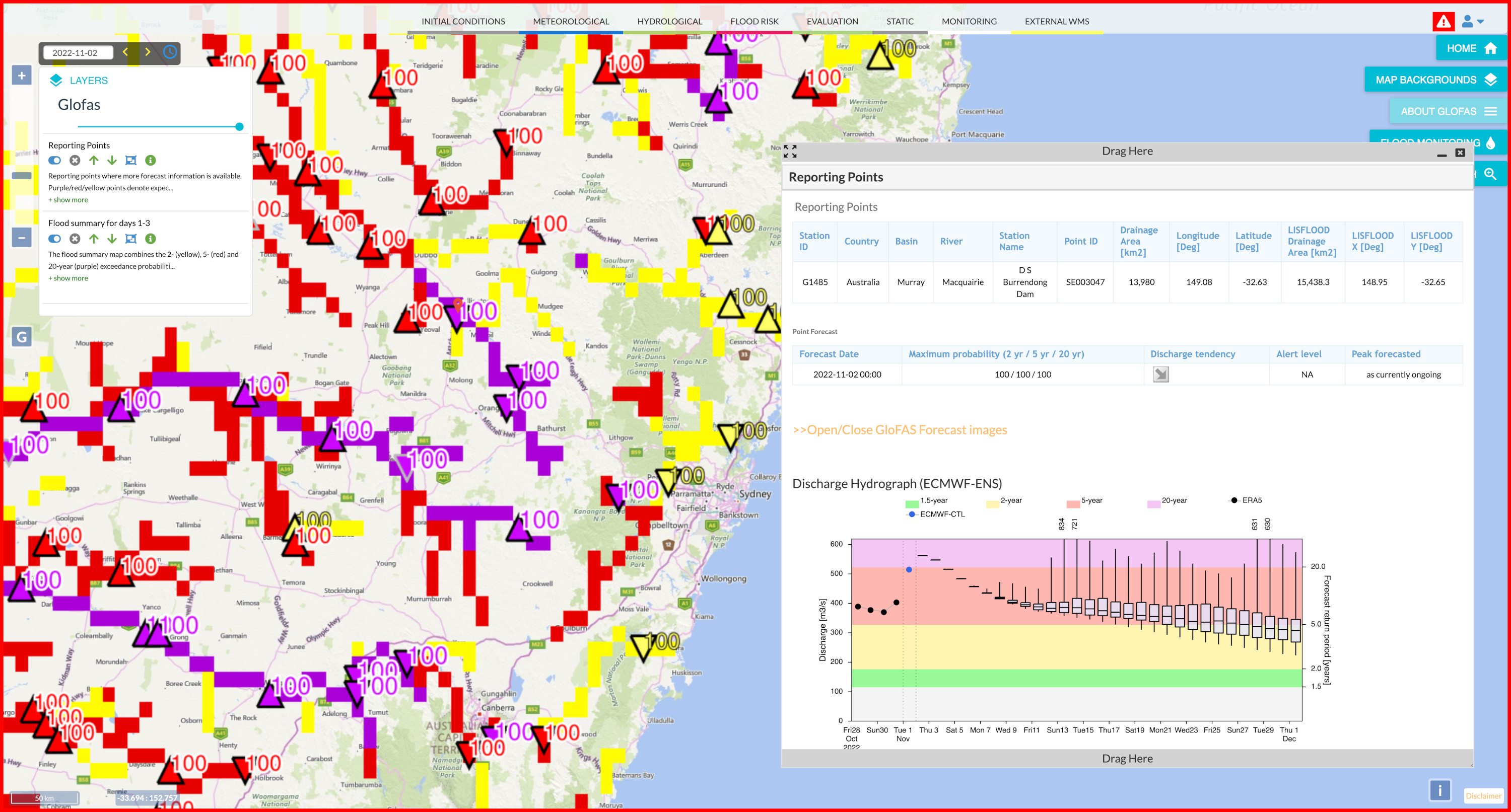 The latest version of the Global Flood Awareness System (GloFAS) version 3.4 is currently being implemented. Furthermore, the GloFAS v4.0 hydrological reanalysis dataset, which is the new historic river flow dataset at 0.05 degrees resolution, has been released in anticipation of the planned major system upgrade (GloFAS v4.0).

GloFAS version 3.4 introduces some important enhancements to the web products, including methodological, visual, and technical changes. The changes aim to aid user experience when interpreting the forecasts on the GloFAS map viewer. Here is a summary of the main changes:

For users to familiarise themselves with the new products, GloFAS v3.4 will be shown on the GloFAS Stage platform: https://stage.globalfloods.eu/glofas-forecasting/ from 16 November 2022 for about a three-week period, until the operational release of the products on the main GloFAS website, expected early December 2022.

For more technical information on the release of GloFAS v3.4 please see the dedicated wiki page following the date of release.

The GloFAS v4.0 hydrological reanalysis dataset was produced using the planned major upgrade GloFAS v4.0. GloFAS v4.0 is expected to be released operationally in 2023 and it will introduce a number of major changes to the system, including:

The GloFAS v4.0 hydrological reanalysis provides daily maps of discharge (in m3/s) with quasi global (+90,-60,-180,180) extent at 0.05 degree (~5km) grid resolution from 01/01/1980 to 31/07/2022. The release of this dataset before the operational release of GloFAS v4.0 is the first major step towards this upgrade. The new historic river flow dataset is publicly available on the Climate Data Store of the Copernicus Climate Change Service, a detailed description can be found in the dedicated wiki page.

Questions and feedback can be submitted via the contact form:  https://www.globalfloods.eu/contact-us/.